Windows has been around since mid-1985, but Windows Server which powers web servers has only been in use since the second millennium. Today, Windows is seen everywhere in desktop computers, laptops, tablets, phones and servers. In the server world, Windows is actually the second most used operating system with Linux leading most server racks. Web developers know a handful of different programming languages, but a few of them will only run on the Windows platform. Windows web hosting is needed when you are programming something in ASP or ASP.NET. For those who work with Windows made applications and programs, it is ideal to get hosted on a Windows server. 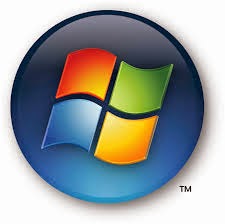 Compared to most other web hosting options, Windows web hosting has become quite popular in recent years. Many online sites have started using Windows web hosting, particularly because of the Windows applications they use. If your website calls for ASP.NET compatibility, then you will need Windows hosting. Now, there are several advantages in choosing Windows hosting over other solutions and these perks include security, simple application integration, compatibility and dedicated database reliability.
Windows hosting is compatible with MYSQL, MSDE or MSSQL databases. Many web developers have switched over to Windows hosting so that they can take advantage of some of the Windows applications such as FrontPage and SharePoint. Microsoft SharePoint is a type of web application that allows for better content and document management online. Windows hosting works on a server where the Windows operating system is installed. There have been several OS releases for web servers with the latest one being named Windows Server 2012 or Windows Server 8. Scalability and the ability to manage several reseller accounts under one control panel is one of the reasons why so many website developers prefer Windows web hosting.
Apart from the various developer benefits associated with Windows hosting; it is considered to be costlier when compared to Linux. This is primarily because you have the advantage of working with several Microsoft brands, which require licensing. Most of the web applications from Microsoft come with licensing costs, so it does make the hosting a little more expensive. However, several brand name hosting companies do offer both Windows and Linux web hosting at similar rates. So, to recap, the following are some of the most notable benefits in choosing Windows web hosting over other platforms.

Another recommendation for windows web hosting