HostForLIFE.eu was established to cater to an under serve market in the hosting industry; web hosting for customers who want excellent service. HostForLIFE.eu is a cheap, constant uptime, excellent customer service, quality, and also reliable hosting provider in advanced Windows and ASP.NET technology. HostForLIFE.eu proudly announces the availability of the Visual Studio 2015 hosting in their entire servers environment. 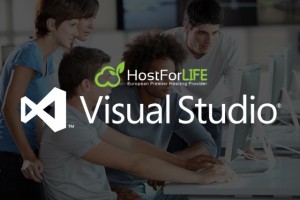 Visual Studio 2015 includes a new, work-in-progress feature, called Control Flow Guard. By simply adding a new option to user Project, the Visual C++ compiler will inject extra security checks into customers binaries. These will detect attempts to hijack user code. The check will stop execution of user code, before the hijacker can do damage to user data or PC. Visual Studio 2015 adds significant value including cross-platform development in C++, the new open-source .NET compiler platform, C++ 11 and C++ 14 support, Apache Cordova tooling, and ASP.NET 5.The customer can use Visual Studio to share, reuse, build, deploy, and debug user cross-platform mobile code. Create projects from templates for Android Native Activity apps, or for shared code libraries that customer can use on multiple platforms and in Xamarin native Android applications.
In this release, the C++ compiler and standard library have been updated with enhanced support for C++11 and initial support for certain C++14 features. They also include preliminary support for certain features expected to be in the C++17 standard.HostForLIFE.eu hosts its servers in top class data centers that is located in Amsterdam (NL), London (UK), Paris (FR) and Seattle (US) to guarantee 99.9% network uptime. All data center feature redundancies in network connectivity, power, HVAC, security, and fire suppression.All hosting plans from HostForLIFE.eu include 24×7 support and 30 days money back guarantee. The customers can start hosting their Visual Studio 2015 site on their environment from as just low €1.29/month only. The company has managed to build a strong client base in a very short period of time. It is known for offering ultra-fast, fully-managed and secured services in the competitive market.

HostForLIFE.eu is happy to be offering the most up to date Microsoft services and always had a great appreciation for the products that Microsoft offers.Further information and the full range of features Visual Studio 2015 Hosting can be viewed here http://hostforlife.eu/European-Visual-Studio-2015-Hosting

About Company
HostForLIFE.eu is European Windows Hosting Provider which focuses on Windows Platform only. HostForLIFE.eu deliver on-demand hosting solutions including Shared hosting, Reseller Hosting, Cloud Hosting, Dedicated Servers, and IT as a Service for companies of all sizes.HostForLIFE.eu is awarded Top No#1 SPOTLIGHT Recommended Hosting Partner by Microsoft (see http://www.asp.net/hosting/hostingprovider/details/953). Their service is ranked the highest top #1 spot in several European countries, such as: Germany, Italy, Netherlands, France, Belgium, United Kingdom, Sweden, Finland, Switzerland and other European countries. Besides this award, they have also won several awards from reputable organizations in the hosting industry and the detail can be found on their official website.