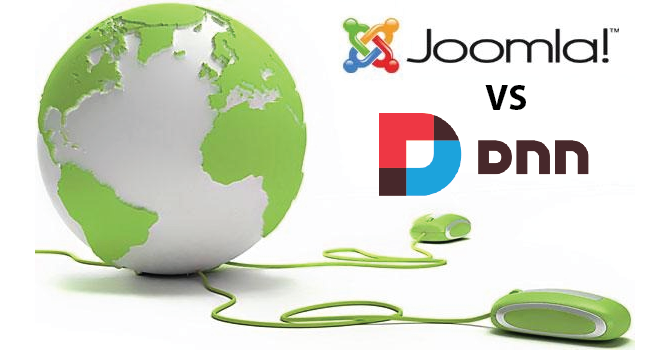 Core Functionality: DNN offers extensive core functionalities in front of which Joomla seems a little weak. DNN offers features like database replication, event management, photo gallery and built-in forum system. Joomla also offers various functionalities that are not available in any other PHP based CMS, such as load balancing and a trash bin to ensure that articles are not accidently deleted. However, Joomla still falls short of DNN in context of their core functionalities.

Customization and Extensions: Joomla compensates the lack of core functionalities by allowing extensive third party plugins and customization facilities. Joomla provides a core framework around which developers can develop any site with desired functionalities. There is a plugin available for everything in Joomla therefore extra functionality can be added and customized according to client’s requirements. Moreover, vast number of templates are available on the internet from which developers can chose the suitable themes and customize them according to their needs.

However, the template designs in Joomla are often based upon similar layouts which usually end up in the development of too many similar looking websites with slight changes in the design and color. DNN however offers a high level of flexibility thus provides an opportunity to create unique websites.

Basic Technology: Both Joomla and DotNetNuke are built upon different technologies which makes it essential to take their technical differences into account. Joomla uses technologies like PHP and MySQL backend which are extensively used for web development and web application development. On the other hand, DotNetNuke uses technically superior Asp.net framework from Microsoft which is too expensive for regular web-hosting environment. However, small and medium businesses usually have servers running on Microsoft’s IIS which eliminates the open source advantage of Joomla.

DotNetNuke is more useful and feasible for corporate and enterprise intranets which require to integrate with the existing systems that are usually built using the same technology. They require sophistication, flexibility and robustness which are offered by DNN and can also be easily afforded by enterprises. Whereas, Joomla is designed to provide quick, expandable and cost effective web presence.

Support: The DotNetNuke offers extensive support depending upon the edition you have. The basic version provides developers forum through which users can get assistance from various other developers active on the forum. The paid or professional version offers unlimited online support whereas the Elite edition provides live telephonic support with response under 2 hours. Joomla does not provide paid support system but there are various third party organizations offering training and support for Joomla.

The paid versions of DotNetNuke, i.e. professional and elite version are extensively tested and verified officially which makes them a good choice for business applications that require stability and perfectness.

Ease of Usage: DotNetNuke allows for quick and easy content editing functionality whereas in Joomla users have to first sign into a different section on the site before they can make changes to content. You can easily change the position of modules in DNN by drag and drop functionality which makes it so easier. Apart from this both the frameworks offer similar ease of use via features such as built in macro languages, ability to mass upload and search engine friendly URLs.

While comparing them we just cannot declare one better than the other as each has some advantages and disadvantages of its own. What we can say with certainty is that DotNetNuke is better for business applications and creation of business scale websites whereas Joomla is ideal for making quick, functional and cost effective web sites. 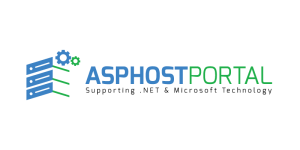 ASPHostPortal.com provides affordable and high performance DotNetNuke and Joomla hosting to customers around the world. They have Windows Shared Hosting, Plesk Hosting, Reseller Hosting, Cloud Hosting, Dedicated Hosting plans from small to large to fit your requirements with affordable price.

They maintains and operates its own network. Their servers are built using the latest technology and housed in 7 Data Center, in the 4 Continent (Europe, US, Asia, and Australia). Their company is passionate about hosting and strive to deliver an excellent level of service to each customer.